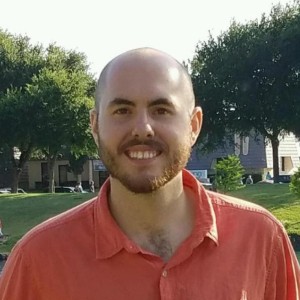 Getting into the Groove With Routines

This week we are digging into what a routine is. How it works and what makes a routine different than an action. We’re going to talk about the golden rule of habit change and how you can leverage it to redirect your energy. And finally, we’re going to cover why you can’t trust your gut when you get started with new routines. Lastly, I’ll leave you with some action steps that you can take to change or add new routines into your life!

The routine is the interesting part of the habit. When people talk about what they’re doing, they don’t usually talk about the cues or rewards. Instead, they focus on the routine. Routines for me are the process of writing or watching YouTube when I shouldn’t be. Routines can also be brewing a cup of coffee, going on a smoke break, or commuting to work. They happen habitually and almost automatically. Routines are usually the things you want to add or remove from your life. They’re obvious while cues and rewards aren’t and this makes it seem like they would be easy to change. But if anyone has tried to quit a habit or pick up a new one, then you will know it’s not. This difficulty is what makes habits such strong influencers of our success.

What’s the Difference Between a Routine and an Action?

An action is something that you do every once in a while. You don’t always have to force yourself to do it, sometimes it’s something you want to do, but it’s not a routine. Setting a New Years resolution would be an example of an action for most people. Reading this blog post would be an example of an action for some of you because you don’t read often. And for the first 30-100 days of building a new habit, your routine will still be an action.

When does an action become a Routine

Ever get halfway to work and realize that you haven’t been paying attention to the road or any of the stop signs? You definitely didn’t run them because your car’s in one piece, but you don’t quite remember stopping. This forgetfulness exists because the act of driving to work has become a routine. Your conscious brain didn’t realize what was happening until you were well into your routine.

The crossing point of something being a routine instead of an action is when it’s easier to continue doing the routine than to stop. I remember when this happened to me when I was starting to build the habit of flossing. I was sitting down thinking about the OpenSpace and looked in the mirror and saw I had already flossed half my teeth. It would have been more work (in my mind) to throw the floss away and go to bed than it would be to floss the other half.

Obviously, that isn’t true, throwing floss away is super easy but it didn’t feel like it to me. I felt like finishing the routine, and that’s what makes habits so influential.

Successful routines are mindless, and you have tons of habits that you don’t even notice. These include but are not limited to:

These things happen and most of them you don’t notice. You likely don’t know why you would do it any other way. If you did do it another way, it would feel unnatural to you. When this happens, you know you have a routine and a habit on your hands instead of just an action that you often do. Once you’ve built routines and habits, it’s easier to keep them going than it is to quit. This is why habit building beats goal setting 100% of the time.

The Golden Rule of Habit Change

In Charles Duhigg’s book The Power of Habit, he talks about the Golden rule of habit change. The rule is: It’s is easiest to change a habit when you keep the same cue and reward and swap out the routine.

A routine isn’t a habit without the cue and reward. So it makes sense that swapping out only a third of it is easier than developing the whole thing. It’s the difference between building a house from scratch or getting one that just needs some redecorating. Chewing nicotine gum instead of smoking, or reading books instead of watching TV are a few examples of this golden rule.

I have a bad habit of watching YouTube while I eat lunch. It’s bad because it derails me and I spend longer than I need to at lunch instead of going back to work. In the past few weeks, I’ve been working to replace this routine of watching YouTube with listening to an Audiobook or Podcast.

These extended forms of entertainment help me in two ways. Firstly, they are less likely to get me derailed because I can only consume so much until I’m intellectually full. Secondly, they help me towards my goals. While some of the YouTube videos I watch are great for personal improvement most of them are just cooking videos of recipes, I’ll never make.

Audiobooks help me read more books which is critical to being a writer while Podcasts help me become a better entrepreneur. I’ve been trying to replace them, and while it hasn’t been a 100% success rate, I am slowly seeing the positive impacts of swapping the routine.

We all have a limited amount of energy, and if you don’t, you definitely have a limited number of hours in your day. Chances are you’re using some of that energy sub-optimally.

By using the golden rule, you can hook into an existing habit loop and swap out routines. By taking a sub-optimal system that isn’t helping you towards your goal and adding an action that helps you move towards the life you want to live you can redirect some of your energy towards being awesome and more productive.

Don’t Trust Your Gut… Yet!

What if you want to create a new habit instead of replacing an old one? With regards to routines, you need to focus on taking a new action. If the action were easy and comfortable, you would already be doing it, and you wouldn’t be reading this article. When you’re taking action at first, before it becomes a routine, you are going to feel like quitting.

A lot of the time we are told to go with our gut instinct. If you’re in a business deal and alarm bells are going off that you shouldn’t trust the person you’re working with chances are you should take a step back and examine your situation.

While I use this kind of thinking in most of my life, I DO NOT use it when building new habits. I avoid it because the gut – or subconscious – hates change and wants to fight the new behavior.

You might think that since you are constantly fighting your gut to do what you need to do it must be evil or self-destructive. It’s not. It simply wants to see you survive. At the start of a new habit, your body isn’t sure that it’s going to help you survive.

When I was building my habit of writing for one hour every day I constantly wanted to quit during that one hour. Every single day I had brand new urges to quit. Multiple times per hour! If I had listened to my gut, I probably wouldn’t be writing this article for you. Instead of trusting my gut I ignored it. I told it that it was wrong and I sat down to do the work.

It’s annoying, but it’s the truth. Routines get easier over time, but in the beginning, it’s hard. It’s just how we humans are wired. I’m telling you about it so you know to avoid it. Don’t listen to your gut at first.

Luckily, when your behavior passes out of the action phase and into the routine, you will be able to trust your gut. It’s easier because your gut has gotten on board with the habit. It now believes the routine, is crucial to your survival. It also helps that it gets a nice little reward at the end. So put in your work in, ignore your gut, and eventually, your gut will help make the habit nearly unstoppable!

For the next week or so examine what your routines are. Keep an eye out for them because they aren’t noticeable. Their elusiveness makes them sneaky but powerful.

If you have a bad habit, then consider applying the Golden Rule of Habit Change by trying a new routine in its place. Remember that it takes time to evolve an action into a routine. So put in the work for the long term and ignore your gut at first. Eventually, your instincts will be on your side. Once you’ve done the routine enough times, it will be harder to quit than finish the habit out. This ease of action will propel you past any goals you have.

We haven’t quite made it through the habit loop yet. We still need to discuss rewards. Rewards keep you coming back for more and enforce the repetition of the habit. In the next article, we will talk about what a reward is, the difference between short-term and long-term rewards, and how to leverage biological and artificial rewards.

As always feel free to stop by Rockwall Openspace any time to talk to us about habits, productivity and leading with value. And if you’re looking for office space in the Rockwall area know that OpenSpace is a peaceful environment just for you.

Read what I write at Step Into The Road (www.stepintotheroad.com). I use writing to shake things up for your audience so they see everything around them differently and engage with your business because of this In 2016 I left my job as a software engineer to work on projects that engaged my creative side. At the time I didn't know what that looked like, but now I am committed to writing. I'll write anything from creative fiction that will sell an escape room to an engaging about page for your coworking space. My favorite thing to write is science fiction and business-focused self-improvement. I believe in publishing often to stay in front of your reader's eyes. Mark Twain said "Continuous Improvement is better than Delayed Perfection." This is a philosophy that I run my life behind. Because of this I want to help you get started on a blog project you've been dying to start but still haven't begun. I am an organized and systematic writer. I focus on big wins and the 80/20 principle. This means that I'm not going to sweat the grammar but instead I'll spend my time writing headlines that catch eyes, SEO that gets your articles found, and content that helps your audience. I'm not afraid to write outside of my comfort zone. I can write in technical areas and am willing to do in-depth research to present your audience with the most accurate information. Contact me today if you want help starting or improving your blog!
all posts

crafted by my friend earth™ Design